Mr. Noel Guillama is a nationally recognized expert and lecturer on healthcare management, operations, and the use of technology in healthcare. Mr. Guillama developed numerous patents dealing with the use of health information technology, communications, data processing, predictive analytics, and cloud computing.  He has spent 30 years in healthcare from designing, building and/or operating healthcare facilities ranging from medical offices though high-end diagnostics, to integrated medical systems.  Through nearly 40 medical practices, Mr. Guillama has collectively provided at risk care management to over 40,000 Medicare and Medicaid members in Florida.

Since 2003, Mr. Guillama has served as Founder and Chairman of The Quantum Group. Inc (Formerly NYSE Amex QGP) of Wellington, FL. Quantum is a healthcare information technology company and the developer of PWeR® EHR solution, as well as his newest endeavor, OXIO Healthcare Technologies Family of Companies.

From March 2014 to present, Mr. Guillama has also served as Founding Chairman (and now a Director) of MediXall, Inc., a company that is bringing effective change to the U.S. healthcare industry and now trading on the OTCQB under the symbol “MDXL.” In 1996, Mr. Guillama founded Metropolitan Health Networks, Inc. (NYSE:MDF) and was CEO of one of Florida’s largest healthcare management companies that he grew from startup in 1996 to IPO in 1997, and then to $120M in revenue by FY2000. The Company was responsible for managing the care of over 20,000 Florida members. After his departure from the Company, it was purchased by Humana, Inc. for more than $850MM.

Mr. Guillama has been a builder and real estate broker for over 40 years. He is a graduate of the Massachusetts Institute of Technology (MIT) Birthing of Giants entrepreneurship program, as well as Executive Leadership programs at Florida International University and University of Georgia. He has served and continued to serve in various positions on nearly all major universities in S. Florida including FIU, FAU, NSEU and PBSC. He has been a member of the FIU Foundation Board for 20 years.  Additionally, he has 13 years running as a member of the Investment Committee, where he helped guide FIU investments of $400MM; furthermore, he a “Founder” of the FIU College of Medicine. While Chairman at FIU Foundation, Mr. Guillama led the plan to what became the New Horizon Capital campaign that surpassed $800M in 2022. Mr Guillama has served as Director (past Chairman) of Palm Beach State College Foundation for 15 years.

Mr. Carl Larsen has over 30 years of experience in managing small startup organizations, as well as large organizations with upwards of $20 million in revenue and 350 employees. Since 2010, Mr. Larsen has been working directly with healthcare and technology applications.

Currently, Mr. Larsen is President of PWBR, Inc.TM (Personal Wellness Blockchain Records, Inc.TM), a privately held enterprise that is focused on using Distributed Ledger Technology (DLT) to advance both access for consumers to a personal healthcare record (PHR) and exponentially increasing the science of data analytics for the advancement of bio sciences to drive individual wellness on a global scale. Previously, Mr. Larsen was co-founder, Executive VP/COO of the MediXall, Inc. and now part of MediXall Group, Inc. (OTCQB:MDXL), a healthcare “incubator” with a mission to bring transparency and free market completion to the healthcare industry.  Through an electronic healthcare marketplace platform, MediXall allows consumers to request bids via a blind reverse auction on a wide-range of medical services.  Mr. Larsen was the project manager and was responsible for taking the MediXall.com eCommerce platform from an idea to Alpha testing stage using an outside development team.

Mr. Larsen also developed the Business Requirements Document, as well as the System Design Documents for the PWeR®Electronic Healthcare Record (EHR) (http://www.mypwer.com) conversion from a legacy/network system to a cloud based platform. Prior to this, he was involved in various healthcare projects and is co-inventor of various patents on the use of data for commercialization in customer relationship management platforms.

In the nuclear industry, he led the turnaround of several major business units in two Fortune 500 companies; Combustion Engineering, Inc. and Quadrex Corporation. At Combustion Engineering, he started a first-of-its-kind engineering office at a nuclear utility client that he grew from two (2) people to over 40 in less than nine months doing nuclear safety-related work and generating more than $25 million in new revenue for the Company within the first 12 months. During his time at Quadrex Corporation, Mr. Larsen became Senior Vice President, Engineering and Operations with responsibility for the technical services for the Company’s global nuclear engineering and consulting business. He was responsible for a variety of high technology projects from seismology, nuclear piping system design to nuclear power plant simulators.

Mr. Larsen is a past member of the American Nuclear Society, American Society of Mechanical Engineers, Institute of Electronic and Electrical Engineers and the Project Management Institute through which is a certified Project Management Professional. Recently, he assisted Florida International University as a Member of the Advisory Panel to develop a Nuclear Engineering curriculum working with the FIU Dean of Engineering, Department of Energy and the FIU Applied Resource Center. He is a Graduate of the University of Michigan with a BS in Nuclear Engineering, and a Masters in Business Administration from the University of Phoenix. 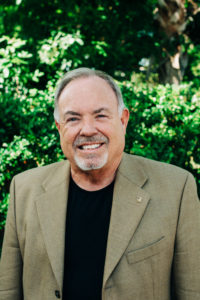 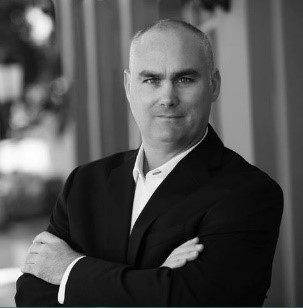 Mr. Whelan has three (3) decades of experience in software development, information management and the computer software services industry. He is a dedicated and certified professional in Scrum, DevOps, Agile methodologies and project management. He has been serving the software enterprise / blockchain market to produce value by ensuring that software products used by millions of people solve address the business use cases and solve the issues and challenges preventing business and individuals from achieving full performance. He has a strong information technology and business background that includes experience as a “C” suite executive in a public corporation as well as successfully starting and running companies of his own. Recently, he has been deploying permissioned blockchain ledgers to solve business issues that were previously unattainable with traditional data management systems.

Mr. Whelan is a Hyperledger Ambassador and event organizer for South Florida and serves as an advisor to several blockchain projects including DataBlockChain.io, Pitch, Ventures and BlockChainAgility.io. He also serves on an advisory panel to the Florida legislature regarding potential blockchain project to be funded by the State of Florida.

He obtained his Bachelor of Arts in International Marketing and an MBA, concentration in Economics, from Nova Southeastern University. In addition to his numerous technical certifications he is a Project Management Professional certified by the Project Management Institute.